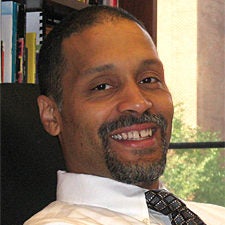 Scott Taylor is Professor and Vice Dean for Diversity, Equity and Inclusion in the School of Foreign Service (SFS) at Georgetown University. Previously, he served as Director of Georgetown’s African Studies Program, which he led from 2007-2020. Prior to joining the faculty at Georgetown, he held the Gwendolen M. Carter Lectureship in African Politics at Smith College. Dr. Taylor’s research focuses on issues of governance, political and economic development, and political culture in Africa, and his published work includes numerous articles and four books: Globalization and the Cultures of Business in Africa; Business & the State in Southern Africa; Politics in Southern Africa; and Culture & Customs of Zambia. He has traveled widely throughout the African continent and resided in Zambia and Zimbabwe. Dr. Taylor has consulted extensively on issues of governance, elections, and political economy for bilateral and multilateral development institutions, including the World Bank, African Development Bank, USAID and DfID, as well as for corporations and non-profit organizations. He has observed numerous elections in Africa, including Ghana, Liberia, Kenya, Mozambique, Nigeria, Zambia and Zimbabwe, and served as Senior Political Advisor for the Carter Center’s election observation missions in Kenya and Zimbabwe, and on three occasions in Zambia. Prior to his career in academia and African affairs, he was Assistant Treasurer in the Financial Institutions Division at the Bank of New York (now BNY-Mellon).

Scott received his AB in Government and a Certificate in Environmental Studies from Dartmouth College, and his MA and Ph.D. in Political Science from Emory University. He serves on several boards, including the Board of Directors of the National Endowment for Democracy, and he is a life member of the Council on Foreign Relations.